‘Super-diversity’ and the Changing Face of Intangible Cultural Heritage: the Case of West-Kruiskade Rotterdam

‘Super-diversity’ presents the Intangible Heritage Convention with new dilemmas for safeguarding intangible heritage. The large influx of migrants in Western Europe has completely altered the ethnic composition of all the major cities. It completely overturns the notion of community and thus also of intangible heritage. Starting from a specific case study, the super-diverse city district of West-Kruiskade in Rotterdam, the author argues that super-diversity creates new forms of social belonging in which the diversity of intangible heritage is celebrated as something to share. In Rotterdam, ethnic or religious festivals such as Diwali, Keti Koti and the Chinese New Year have evolved into communal festivals shared by all, in a constant 'interactive creation of space'. Super-diversity dynamises the concept of intangible heritage and the notion of community which, more than ever before, should be interpreted as a complex interplay of different stakeholders in a dynamic, culturally-diversified environment. 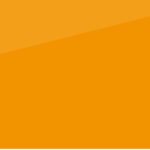