Every year an autocross is organized in the municipality of Aalten. Top national drivers and local favorites drive in different classes for the day's victory. This brings a unique atmosphere. The professionalism of the material and the teams, combined with the friendliness of supporters, visitors and officials.

It is an event that is well known to all Aalten residents, and is appreciated by many drivers.

Over the years, autocross has moved with the times in terms of safety for drivers, officials and the public. Yet the mutual atmosphere is still good in the old-fashioned way.

Those involved are mainly the drivers. These are often the (grand) sons or (grand) daughters of former autocross drivers. The younger generations are already involved in autocross from childhood. This keeps well-known family names coming back.

The audience consists of two groups of people. For example, there are people who go to all competitions and in this way connect themselves with the autocross sport. In addition, there are the local people who come to the competition in Aalten every year to encourage their family, neighbors or friends.

The history goes back to 1962 when a moped cross was held for the youth. Later on motorcycles were added, and later also cars in the so-called 'enthusiast class'. The registration with the Chamber of Commerce followed in 1963 and is therefore the official year of incorporation. This grew into one of the largest sporting events in Aalten with at least 5000 to 6000 visitors and 70 to 80 participants.

In those early years it was also the only autocross in East Gelderland and this is also due to that autocross has blossomed in this region. 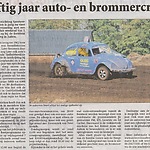 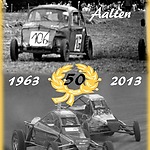 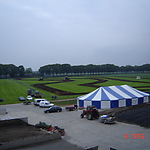 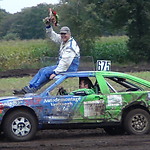 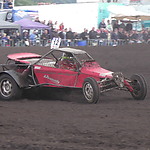 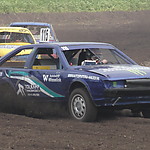 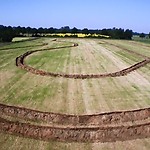