The Zundert Flower Parade is a parade with giant floats, decorated with flowers. On the first Sunday of September the parade passes through the streets of Zundert. It is a competition who can build the most beautifully dahlia-decorated float. The one that the jury asks to stop is the winner. In June the scale models are presented, marking the start of the building procedure, in large tents. Some weeks before the parade the dahlias are harvested and they are attached to the floats in the very last week. That is a huge job, as the floats in Zundert are an average 62 feet long and 30 feet high. The day after the parade the floats are exhibited, followed by a feast. A day later the floats are demolished. There is a photo exposition in November and in January the Banner of Honour is handed over to the winning hamlet.

The core values of the parade are togetherness, creativity and competition. Children in Zundert are born into the Flower Parade. From an early age they take part in the Children’s Parade.

Until the year 2000 a municipal committee organised the Flower Parade. In that year, 64 years after the first parade, a foundation was established that took over the organisation: Stichting Bloemencorso Zundert (Foundation Flower Parade Zundert). Since 2006 three more hamlets have joined. Now some twenty hamlets build floats to take part in the parade. Every hamlet cultivates its own dahlias. Zundert has about eight thousand inhabitants.

The Zundert Flower Parade originates from 1936, when a number of dignitaries wanted to revive the Orange festivities. August 31st was the birthday of Queen Wilhelmina. On September 8th 1936, the first flower parade went through the streets of Zundert and had immediate success with the population. Duting the first few years the parades were modest. After World War II the flower parade was given an important place within Zundert’s social life. From 1946 onwards it has been the geographically defined hamlets that participated. In the fifties and sixties the flower parade attracted many thousands of visitors and the floats became increasingly artistic, beautiful and big. The organisation maintained close contact with the art school Sint Joost in Breda. The floats became so extremely big, however, that the organisation decided to set limits to the size of a float.

From the eighties more and more information on the parade and its history has been put down on paper and film. Since 1981 six books on the parade have been published already. Besides, many hamlets published documents on their own parade history. Since 1996 the parade magazine Corsief has been issued, describing the recent history of the Flower Parade.

Added to inventory since: October 2012 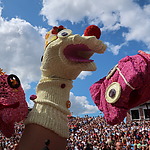 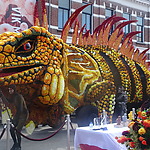 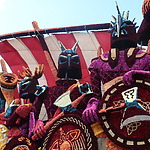 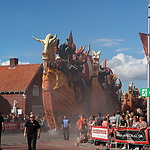 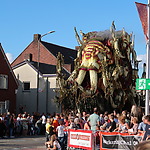 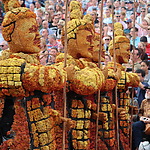 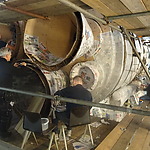 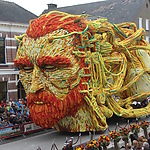 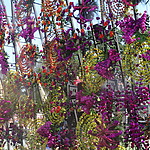 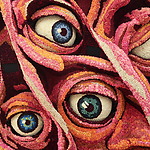 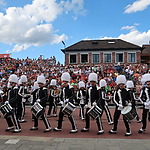