Rounds of the night watch in Ootmarsum

Every year, in the night of December 31th, a night watch makes his rounds through the little town of Ootmarsum. Around 11:45 PM he arrives on the Market Square, where invariably a small crowd has gathered. Just before midnight the fireworks come to a halt. The night watch walks to the centre of the square. He swings his ratchet round and cries out loud: ‘Twelve strikes the clock.’ The crowd on the Market Square answers: ‘The clock strikes twelve.’ Subsequently the night watch starts singing the song: ‘Come, civilians, come’. The crowd joins in with enthusiasm. Then everyone wishes the other vól heil en zèègn (dialect for: all the best and God’s blessing). After this the night watch makes his rounds through the centre of Ootmarsum. He is accompanied by the major part of the people present on the square. On the way many other inhabitants join in. During his rounds he halts at thirteen spots, where street lanterns used to be in earlier days. At every stop three verses of the song of the night watch rounds are sung. The tour ends after nearly an hour, at ten to one AM, on the Church Square. The night watch is then put on a chair and lifted up high for three cheers. Then everyone drinks to the new year. The night watch has always been, up to today, a member of the Morshuis family in Ootmarsum.

Many inhabitants are present at the rounds of the night watch. The annual event has a strong reunion character. And always tourists come to watch too.

Around 1400 Ootmarsum employed a night watch. He had to watch over the town, in the evening and at night: check the town gates, patrol the walls, and raise an alarm in case of a fire. With his ratchet he wakes the people and warns the bell ringer. In later ages he was given extra tasks, like lighting and extinguishing the street lanterns and waking the people who had to get up early. As of 1715 references are found in the archives to appointments of night watches. In the eighteenth century a Morshuis was appointed already. Later on a certain Weustink is appointed as well. In the course of the nineteenth century the position of the night watch became less and less significant. In 1917 the traditional position of a night watch, regularly making his rounds, came to an end. The position became purely ceremonial and the night watch would in future only perform in the night of December 31th to January 1st. In 1921 a member of the Morshuis family was appointed as night watch in the new version of the position. Ever since the position has been taken by members of the Morshuis family. Up to a decade ago much fireworks were lit during the rounds. Now that happens only scarcely.

Added to inventory since: March 2015 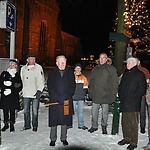 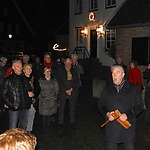 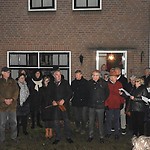 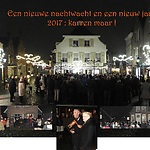 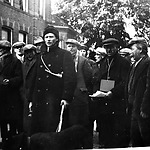