The Eight of Chaam

Each year, on the Wednesday after the Tour de France, a road cycling criterion for professional cyclists and amateurs is held in Chaam, a village in North Brabant. The Acht van Chaam (Eight of Chaam) is the oldest cycling contest for professional cyclers in the Netherlands. The track, in the shape of an eight, is almost three miles long. Six classifications are represented: juniors women/newcomers girls (ages 15-18); newcomers men (ages 15 and 16); juniors men (ages 17 and 18); elite men/promises (from age 19); elite women/promises (from age 19) and professional cyclists. The distances range from 25 to 62 miles, depending on the ranking. Great cycling celebrities come to the Eight of Chaam. Artistic performances and a fair belong to the Eight of Chaam. The whole event attracts some 20,000 visitors a year. Prior to the cycling races the Night of Chaam takes place. It is a big street party in the Dorpsstraat, the main road of Chaam.

Many residents and former residents of Alphen and Chaam are proud of ‘their’ Eight of Chaam, take part in the Night of Chaam and are enthusiastic supporters at the cycling races. From outside large groups of cycling lovers come to Chaam each year, to watch the Eight of Chaam. The Eight of Chaam is presently organised by the Stichting Acht van Chaam (Eight of Chaam Foundation). The organisation of the Eight runs on many volunteers. The budget is largely acquired from sponsors.

As of 1890 cycling competitions have been organised in Chaam. In 1898 the cycling club ‘Steeds Voorwaarts’ (Ever Forward) was set up in Chaam. By the end of the twenties their matches developed into the ‘Tour of Chaam’, during the fair in May. The first Eight of Chaam was on May 30th, 1933, and had a seven miles long track. The track was completely situated on Chaam territory. In the years after 1941 the Tour did not take place, until in 1947, when an Eight of Chaam was organised again. In 1949 the Eight was moved to the first Wednesday in the holidays of the ‘workers of the region’. The participation of well performing Dutch cyclists in the Tour resulted in extra visitors. Therefore, in 1968,  the Committee decided to definitely fix the date of the Eight on the Wednesday in the first week after the Tour de France. The Night of Chaam came up in the sixties of the last century, because former residents and family members came to Chaam the night before already, and met each other in de bars. From around 2006 is has been a great street party. In 1998 the track was changed into a Tour, but as of 2010 the race has had the shape of a (small) eight again.

Added to inventory since: April 2014 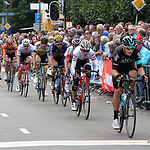 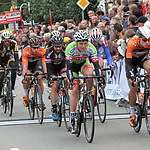 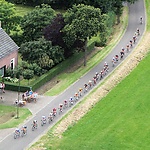 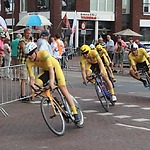 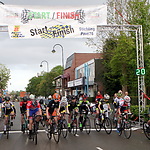 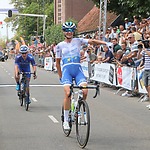 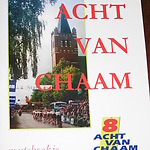 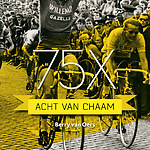 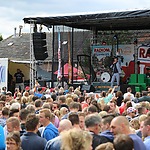