Every year, on August 28th, the Relief of Groningen of 1672 is celebrated. The city of Groningen was besieged by the troops of the bishop of Münster, Bernhard von Galen, also called ‘Bommen Berend’ (Bombs Berend). After a one month long siege the bishop gave his troops the command to withdraw. This Relief of Groningen has been annually celebrated ever since. It is a feast for all the inhabitants of the town and the surroundings of Groningen. The holiday begins at 9 AM with ringing the bells of the Martini Tower. The feast is traditionally celebrated with horses. In the past the horses of the farmers were available at the end of August, because the harvest had been brought in by that time. Nowadays handsome yokings are shown on the Ossenmarkt during the ‘Horse Inspection’. The inspection is still a match. A show-jumping competition takes place In the city park that day. Several of its elements count for the Dutch championship. The day also offers a moment of reflection on the theme ‘freedom’. A prominent speaker is invited each year to give a lecture, in which this theme is linked to current events. There is a fair in the inner city of Groningen and for every age group there are freely accessible events and festivities in the city. On August 28th there is always a big concert in the evening. The festivities end with a spectacular fireworks display in the south port.

The major organiser of the Relief of Groningen is the Koninklijke Vereeniging voor Volksvermaken (KVvV, Royal Society for Popular Entertainment). Practically the whole population of the city of Groningen and surrounding area celebrates the Relief of Groningen. Many schools in the city pay attention to the celebration. Equestrian sports lovers massively attend the show-jumping competition. The festivities have a strong effect on the social cohesion among the people of Groningen. The municipality and the provincial government therefore highly value the celebration. The friends society Gilde 1672 is an important promotor of the celebration around the freedom theme.

In the disastrous year 1672 the Netherlands, or rather: the Republic of the United Netherlands, was attacked by England, France and the bishops of Cologne and Münster. The triad ‘het volk redeloos, de regering radeloos, het land reddeloos’ (the population without reason, the government without hope , the country without rescue), is linked to this very year. The army of the bishop of Münster was initially very successful in the north. The fact that the city of Groningen has resisted the siege, was of great significance for maintaining the Republic. The Relief of Groningen has been celebrated nearly every year. Only in the French period and the following few years, as well as during both World Wars, the Relief of Groningen was not celebrated in public. In 1874 the organisation of the annual festivities was assigned to an especially for this purpose established society, the (Koninklijke = Royal, since 1974) Vereeniging voor Volksvermaken. At the time the harness races and the fireworks were already important elements of the festivities. At the end of the last century a new element was introduced to strengthen the emphasis on the freedom theme. The programme of the festivities has become more diverse over the last decades. The objective of the celebration: festively commemorate freedom, has never been out of sight. The recently established friend society Gilde 1672 intends to ensure that it will stay the same in the future.

Added to inventory since: August 2015 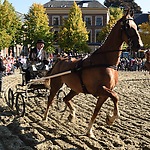 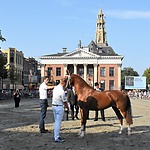 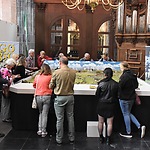 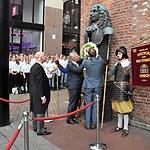 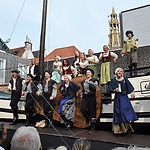 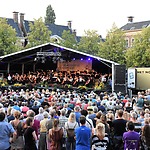