After the conference in Tilburg, held on 11 October 2019, it may be called an understatement that museums have discovered intangible heritage. No fewer than 130 people came to this working conference on Friday 11 October, organized by the Dutch Centre for Intangible Cultural Heritage in consultation with Werkplaats immaterieel erfgoed (Flanders). Intangible heritage appears to be an opportunity for museums to become more socially relevant and to enrich their collection. Witness the inspiration booklet accompanying the conference and this report of the day.

The conference was attended by various gathering institutions. From the Stadsmuseum in Tilburg, a museum without a building that is committed to heritage communities in all kinds of ways, to the large MAS I Museum aan de Stroom (Antwerp), which sees its mission in people, objects and traditions (customs, behavioral forms, skills , beliefs).

What they all have in common is that they want to explore the possibilities of collecting intangible heritage. Many already have experience with it and shared it in short, inspiring sessions. The Textile Museum, as a museum by and for makers, talked about its experiments to keep the textile craft 'alive' with the help of designers and artists, among others. Imagine IC reported on its collection projects in the Amsterdam Bijlmer, including a project on Metropolitan Faith. As food for thought, Imagine IC, which is a museum, library and archive - posed some inspiring questions: shouldn't a collection of intangible heritage be primarily a collection of use, similar to how libraries present their books as collection of use? And: does the collection not simply take place outside the museum walls, among the various heritage communities that practice diverse intangible heritage?

The whole was framed by two substantive keynotes by leading international experts from the intangible heritage and museum world: Filomena Sousa, Lisbon, and Joanne Orr, Victoria, Canada. Filomena Sousa talked about intangible heritage in the context of the UNESCO Convention and participatory collecting. She made a theoretically substantiated plea for co-creation between museums and intangible heritage practitioners. She showed different possible degrees of participation and explained how participation can be developed: by overcoming misunderstandings (about concepts), by intensifying the relationships between museums and heritage communities, and by professionalising participatory techniques.

Joanne Orr spoke about the multi-perspective of heritage and the role of the museum for indigenous communities, especially in British Columbia, Canada, which has 203 indigenous communities and 34 different languages. She described the movement in which a renaissance and revitalization of 'indigenious collections' in museums is put first. In and around museums, initiatives are being set up to involve the indigenous population more in the collections and the debates about them. In addition, the collections are actually deployed and used by the communities in living their traditions.

In August 2020, a special issue of Volkskunde will be published, a magazine about the culture of daily life , museums and intangible cultural heritage. Both Filomena Sousa and Joanne Orr will present a contribution, which will also be made available separately as a PDF. Under 'documents' on the right of this page, you can find the powerpoint presentations.

Third and fourth from the left: Joanne Orr and Filomena Sousa

Paul Bastiaansen, Bloemencorso Zundert, present as one of the intangible heritage practitioners, emphasized that ideally there should be a win-win situation for museums and for heritage communities:

There are certainly opportunities in our mutual passions (for intangible heritage practices on the one hand and museum work on the other), but let us first clarify the basic questions. What's in it for both? What is the answer to the basic why question?

Part of the community

Henna artist Fatima Oulad Thami, speaking on behalf of intangible heritage communities, was well aware of what was stated in Filomena Sousa's keynote, namely that museums themselves belong to the heritage community. However, she noted that we are still a long way from that.

It doesn't feel like “the museum inside the community” at all. Rather, it is about two different worlds. The intangible heritage is located in many places where the museums do not come at all.

The difference between 'living' and 'museumized' heritage became clear when figure maker and puppeteer Paul Contryn took the stage. According to him, the essence of puppetry lies in the technique and the ability to play a doll, to bring it to life. It is this technique that a museum must document in order to bring the doll to life in the collection as well.

What strikes me is that we spend all day talking 'about' something and that nobody has shown anything yet. … This is Peter. And this is the duck. And when I put my hand in ... she starts swimming. And if I take my hand out, she's… dead.

Such an approach to collecting intangible heritage requires new skills in the museum professional. From someone who knows everything about objects (and how to conserve them) you have to become someone who can work with people and who give people, the creators of intangible heritage, a place in your museum. There is still much to be gained here. As Filomena Sousa put it: 'We are still at a basic level, where heritage communities are only asked to act as advisers. Ideally, we will evolve to a more advanced level, involving heritage communities as' mobilizers' and working with and within teams of diverse specialists who experiment with participatory methodologies. '

We have to dare to let go and think in new organizational forms.

Too much reasoning is based on a sense of limitation. We have to break through that. Let's start.

This call from Myrna Wezel, who was present at the conference because of her interest in various forms of intercontinental intangible heritage, was reflected in the afternoon program. In a series of smaller working group sessions, short cases were presented, experiences were exchanged and new ideas were gained on the basis of 3 themes: 1) Participative collecting, 2) Collecting what is intangible, 3) Multi-part collecting. The results of the discussions via propositions can be found here.

Collaboration between museums and heritage communities requires the development of specific techniques, which the Netherlands Intangible Heritage Knowledge Center will continue to work on in the coming year. This again in close collaboration with Werkplaats intangible heritage in Flanders. Both are partners in the Intangible Heritage & Museums Project, which will hold its closing conference in Brussels on 26 February. A 'guidebook' and a 'toolkit' for museums will be presented at the conference, which will then be made available online. Later in the year, the Intangible Heritage Knowledge Center will publish a toolkit for heritage communities. Finally, in Flanders during 2019-2020, a pilot project 'Plans for the future: ICE (in) understood' will be initiated with a focus on intangible heritage and collection plans. The result of this project, to which the Intangible Heritage Knowledge Center will also contribute, will come at the end of 2021 with a report with findings and recommendations, final conference, publication, theme file on immaterieelerfgoed.be .

Quotes from participants from the evaluation

What sticks with me about this conference ...

Heritage communities and museums need each other.

The conference raised a lot of questions, and rightly so, because there is still a lot to research. Answers, on the other hand, were offered a lot less. Not necessary in itself, as long as the dialogue continues.

What does "collect" mean? Is it the same as “mapping” or “documenting”? Does the role of a depository lie in “facilitating”?

Experiments are going on in many different ways, but a joint strategy is still lacking.

For me the most important lesson was that there are many opportunities for heritage communities and for museums, but that there is still a gap to bridge in order to make the collaboration successful. Museums must clarify what intangible heritage is and especially what it is not. Heritage communities must find their way to museums that are more than repositories. After all, both parties will need creativity to come up with successful ways to make intangible heritage flourish in a museum, without it becoming “the story behind the objects”.

An extensive interview with Filomena Sousa appears at the end of February 2020 “Museums and intangible cultural heritage: towards a third space in the heritage sector. A companion to discover transformative heritage practices for the 21st century ”, a publication of the Intangible Cultural Heritage & Museums Project led by Werkplaats intangible heritage.

In August 2020 a special issue of Volkskunde, a magazine about the culture of everyday life about museums and intangible cultural heritage. Both Filomena Sousa and Joanne Orr will present a contribution, which will also be made available separately as a PDF. 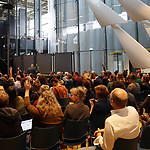 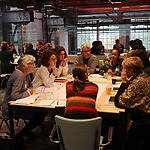 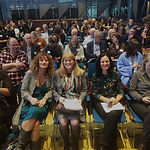 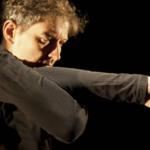