Living Dutch folklore or folk dances are company dances in (regional) costumes to traditional music, which in some cases have been given new choreographies.

The folklore dance has the following characteristics:

Living folklore dance originates from traditional, handed down dances, which may or may not be performed in a contemporary choreography. By using new choreography, traditional dance is made more dynamic and new steps can be used that make the dances more attractive to both dancers and audiences. The dancers may wear non-regional and non-authentic costumes as well as modern costumes, with or without fake jewellery as accessories. Although new music is sometimes used to accompany the choreography, music handed down from earlier times is usually used. During performances, the musicians do link up the different melodies so, that the songs flow into one another.

The Stichting Levende Folklore (Living Folklore Foundation), which submitted the Living Dutch Folklore Dance for the Inventory, believes that contemporary dance is the folklore dance of tomorrow. They do not want to set a boundary that determines when a dance is 'old enough' to be danced.

For example, one of the affiliated dance groups dances folk dance from the rock & roll period in the Netherlands. Their costumes match this period: for instance, they dance in petticoats. In theory, even the gabber trend of the 90s could be captured in a folklore dance.

For the practitioners, it is a hobby that they like to show to a broad audience during performances. With the help of dance descriptions and accompanying melodies, live (e.g. with accordion, harmonica, clarinet, violin, hurdy-gurdy, guitar) or via sound carriers, the dancers practice for their performances under the guidance of a dance teacher.

The art of dancing originated in noble circles, in court dances. Dancing masters would travel from one residence to another showing dances there and teaching the dances to the members of the court. These dances were later adopted by the people in the towns and villages, with the steps and figures being simplified.

The folk dances in the Netherlands that are still practised today, date back to the end of the 19th, beginning of the 20th century. From the 19th century, few or no dance descriptions are known, in which it is indicated how a dance was performed. However, there are writings describing what music was used for the dances at parties and festivities. Since the beginning of the last century, many regional costumes have disappeared from everyday view. Research carried out since the 1950s, has shown that several European countries have had an influence on the dances, which were initially seen as characteristic of the Netherlands. In the 1980s, dance leaders described traditional dances from Terschelling, North-Holland and Twente. In addition, new dances were developed on traditional music. This aroused much interest among dance groups in those years.

In the traditional folklore groups, the dances are performed based on data from the beginning of the 20th century as being Dutch tradition. Special attention is paid to ensuring that no changes are made to the dances that could affect the tradition. The dances must remain as they were once danced. 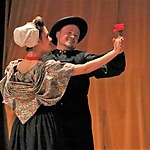 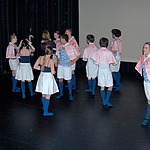 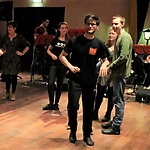 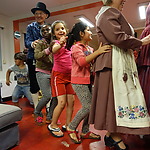 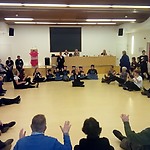 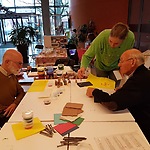 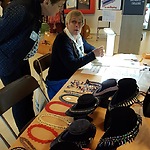 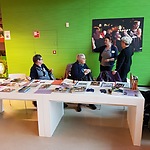 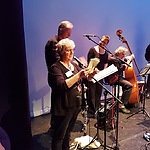 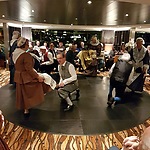 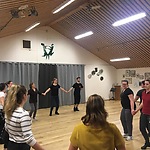 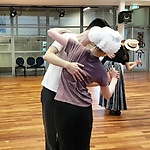 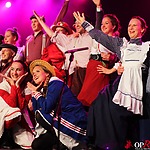 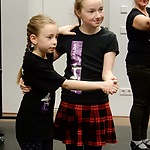 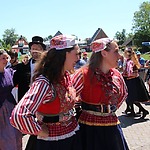 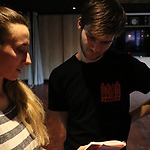 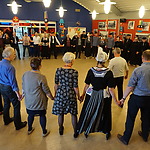 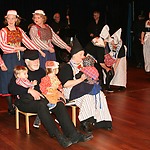 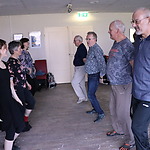