How can an understanding of youth cultures broaden our concept of intangible cultural heritage?

What challenges have been addressed in this line of research?

What activities and research has the Dutch Center for Intangible Cultural Heritage carried out?

Three different cultural expressions were looked into: Scouting, gaming and the Fruit Parade in Tiel. Semi-structured interviews were conducted with 25 young people between the ages of 16 and 29. In addition, data was also collected during the CampZone game event in July 2019. Here, a survey was conducted among 20 young people.

Finally, an expert meeting was organized in 2019 where young people, practitioners of intangible heritage and experts in the field of youth participation took part. Here, we thought together about ways in which young people transfer knowledge, deal with the visibility of their cultural expressions and how forming a group or community is a core element in the survival of a cultural expression.

What did this yield in terms of new insights?

The cases showed that when young people were given a responsibility to organize something, for example, they showed a high degree of commitment. This translated into involvement in other areas and a sense of responsibility for the whole group. However, there are also examples where young people were allowed to contribute ideas to a project in a think tank, but after which little was done with the ideas they put forward. This backfired in the motivation to be active. Participative and equal collaboration with young people is therefore important in passing on intangible heritage. This gives room for new energy and creativity.

For young people, the social aspect of a cultural expression is the most important reason to participate in an activity. Intangible heritage communities that want to involve young people could therefore pay extra attention to planning and facilitating social moments.

There are various structures in which young people pass on knowledge and skills. From an organized system, such as the Scouts, to looser connections such as the Fruit Corso stickers and the gamers. As a heritage community, it is important to provide structures for young people to continue to develop.

The interviewed young people indicate that they find learning new things and personal development important factors for being active in a group or community. This ranges from social skills such as organizing to more practical skills such as tying knots and welding.

In all three cases, young people faced negative stereotypes, which led to shame in some young people about their activities. In their view, more visibility of the cultural expression and opportunities to tell their story would help.

In this line of research, there is collaboration with the LKCA and Erfgoed Jong! as network partners. 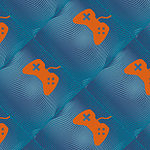