The highest body of the UNESCO Convention is the General Assembly, meeting once every two years. The daily management is done by the Intergovernmental Committee and the agency in Paris where the Secretariat is run for this convention. The so-called non-governmental organisations (NGO’s) play a significant role as well.

The General Assembly of the member states of this UNESCO Convention meets once every two years, mostly in June and usually in the UNESCO Headquarters in Paris. The General Assembly appoints from its members 24 states, together forming the Intergovernmental Committee. The Intergovernmental Committee meets each year by the end of November or the beginning of December, each time in a different continent of the world.

The obligations that every country must fulfil are recorded in the convention text.  A more practical elaboration of the convention can be found in the Operational Directives, in which all the procedures, as well as the role of the various bodies is extensively highlighted. The Operational Directives are constantly monitored and regularly adapted. The changes in 2016, for instance, ensured more attention for the significance of sustainable development and for the role of the NGO’s in the implementation of the UNESCO convention. 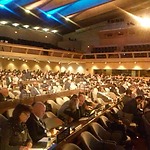 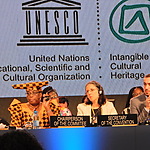 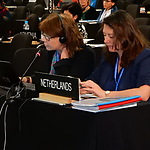