UNESCO instated two international lists, as well as a register of good examples, for which states can submit international nominations. In 2016 the Netherlands has nominated the Craft of the Miller for the Representative List of the Intangible Cultural Heritage of Humanity.

The best-known list of this convention is the Representative List of the Intangible Cultural Heritage. Meanwhile almost four hundred elements of ICH have entered, from all parts of the world. Well-known examples from Belgium are the Carnival of Binche and, more recently, the beer culture in Belgium. The Netherlands has inscribed the Craft of the Miller for this list.

In addition, UNESCO keeps a List of Intangible Cultural Heritage with an urgent need of guaranteed protection. Nominations for this list must always be accompanied by an elaborated Heritage Care Plan.

Finally, UNESCO has drawn up a register of best practices, in which, for instance,  concrete safeguarding techniques are demonstrated that can be taken up by others. Belgium, for example, has nominated the ludodiversity. Ludodiversity refers to the great variety of sports and games, physical exercises, dances and acrobatics that are still practiced worldwide. The non-profit organisation Sportimonium, together with local communities and associations, develops initiatives  to secure this heritage of sports and games in Flanders.

Nominations for the international lists

Only states that have signed the UNESCO Convention may nominate for the international UNESCO lists. Condition is, however, that the ICH concerned has already been included in an inventory of the country involved.

A nomination for one of the international lists is done by means of a nomination form, signed by an official representative of the country involved, usually the minister or else the ambassador for the country concerned, to UNESCO. If a country submits its nomination before March 15 of that particular year, the carrousel of evaluation and assessment becomes effective. The technical assessment takes place in the first year; in the following year the Evaluation Body examines the nomination. By the end of the second year the Intergovernmental Committee takes a decision, either or not followed by inclusion.

Significant role for the communities

An important precondition is that the nomination has the consent of the bearers of the heritage concerned and that these heritage communities are involved in the implementation of the safeguarding measures.

Nominations by the Kingdom of the Netherlands

The first nomination by the Netherlands for the international representative list, was the Craft of the Miller. The Dutch government consults the Council of Culture for the choice of its nominations. The Council of Culture attaches great value to the possibility that examples from the Caribbean part of the Kingdom can be nominated as well. 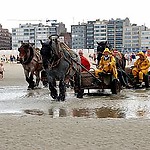 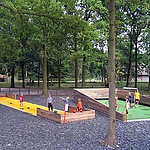 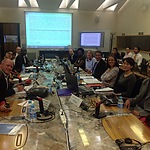