In the Eastern Scheldt, at Bergen op Zoom, there are sandbanks which form attractive spawning places for fish like anchovy. These sandbanks are used for sticking in weirs, or fishing weirs.

A weir consists of two rows (vleuken) of between 800 metres and a kilometre long, made of branches that are stuck in, in a V-shape. The end forms a fish trap, which is placed right in the middle of the route that the seawater takes when it  flows out again at low tide. The weir wood is usually oak, willow, beech and ash.

Because of the large tidal range, one can reach the weir opening at low tide wading. The fish, that swims to the shallow parts of the Eastern Scheldt at high tide, ends up within the woodwork of the weir. When at the end of the high tide the fish tries to reach the deeper waters, it finds the palisade in his way. Most fish species can easily swim between the branches, but the anchovy is scared off by the palisade. It swims farther and farther into the weir, until it reaches the opening. The heart-shaped space in front of the opening is called the weir room. A fish trap is placed at the opening, after which the fishermen enter the weir on foot, wearing wading suits. A driftnet is used to drive the fish from the rear side of the weir room to the trap opening.

In the period from end of April to mid-July, the fishermen turn out twice per 24 hours for the anchovy catch, which takes place one hour before low water. At the end of the season, the nets are removed to prevent damage. Autumn storms, shipworm and ice cause serious damage to the weir wood in winter. Afterwards the weir is taken down and lost posts are replaced. A part of the anchovy catch is salted and sold in pots as fillets.

Weir fisherman Van Dort from Bergen op Zoom is the last fisherman who is professionally active. He is supported in this respect by the Stichting Behoud Weervisserij (Foundation for the Preservation of Weir Fishery). There is a group of some 30 volunteers, in their turn financially supported by the Friends of the Weir Fishery, a group of some 75 people.

Since 2012 the Stichting Bezichting Monumenten (established in 1995) has been informing the participants of sailing tours, with three guides, about weir fishery and about the area.

Brabants Landschap and the Municipality of Bergen op Zoom annually assign wooded banks where the wood can be cut in winter for maintenance and repair of the weirs in the early spring.

The oldest mention of weir fishery dates back to 1673, when the fishery guild of Bergen op Zoom was established. Anchovy was the most important fish species caught in this way and because of quality and processing (salting), it became well-known.

In the 17th and 18th century the weirs were being leased out for periods of seven years. In the 19th century the allocation of a weir took place by drawing lots and as of 1877 public auctions took place, initially for a period of 14 years and from 1890 for periods of three years. From 1940 the weirs are given out through a kind of leasehold system. Only after the leaseholder had cancelled the lease, the weir could be given out again. Until World War II 25 weir fisheries have been in use.

In essence, the method of catching of the weir fishery has remained unchanged.

The material and the technique did develope over the centuries. After World War II the wooden sailing ships were replaced by iron motor ships and later on by aluminium. The posts that had been stuck in with an auger, are now stuck in with a water nozzle with compressor. The weir room is not made of weir wood anymore, but of nets. The invention of nylon ensured that the nets could stay in the water for months, without wear.

The construction of the Oesterdam in 1986, drastically diminished the acreage of fishing grounds, which made many fisherman decide to stop. The number of 25 weir fishermen has been dropping gradually since the sixties, down to three weir fishermen in 1987. In 1993 and 2005 another two weir fishermen stopped. From that moment on one weir fisherman has been exploiting two weirs. The Stichting Behoud Weervisserij facilitated that a third weir could be built and exploited by the weir fisherman in 2013. The fishing rights and the lease of a fourth weir lie in the hands of a former weir fisherman.

Knowledge and practices concerning nature and the universe Traditional craftsmanship 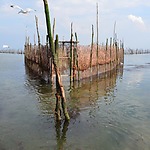 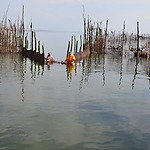 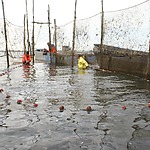 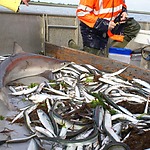 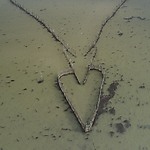 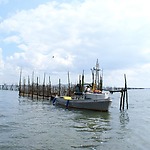 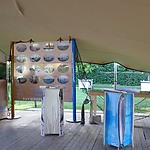 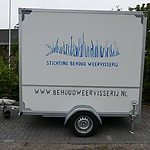 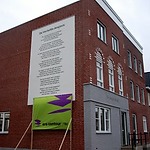 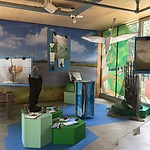 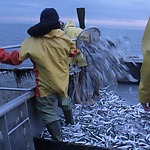 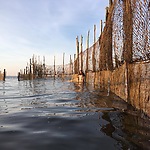 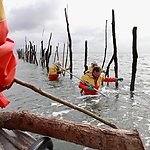 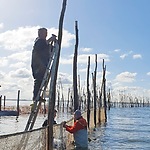 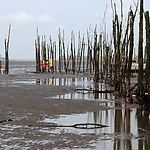 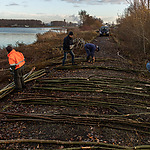