With a home birth, the midwife is medically responsible; he/she monitors the process of the birth and guides the woman. It is the woman who chooses to give birth at home in her own bed, under her own shower or in a birthing pool. During labour, the autonomy of the woman giving birth (and her partner) is assumed; her wishes are respected. There is time and space to 'move along’ with the birth; protocols play less of a role at home than in a hospital.

Although it is possible to give birth safely at home in some Western countries, such as Flanders, Great Britain or Canada, this is only done on a large scale in the Netherlands. In the Netherlands, the combination of obstetrics and maternity care ensures that a woman is well looked after from the beginning of her pregnancy until well after the birth. Where it is medically responsible, mothers can give birth to their babies in their own homes, under the supervision of the midwife and with the assistance of the maternity assistant. The pregnant woman and the midwife have often already built up a relationship in the early stages of pregnancy.

Today's home birth culture is the result of a series of legal-medical decisions, which have made it possible to establish a separate branch of obstetrics and maternity care in the Netherlands, based on a number of intangible cultural values such as 'autonomy/we decide for ourselves', a 'natural process' and 'being at home'. The freedom of choice of the woman and her partner to decide where the birth takes place is an important core value in this respect.

Certain groups of obstetricians, maternity nurses and (prospective) parents make efforts to safeguard the Dutch culture of home births, because of cultural aspects and for medical reasons.

Midwives who are affiliated with the Koninklijke Nederlandse Organisatie van Verloskundigen (KNOV) (Royal Dutch Organisation of Midwives) and maternity carers who are affiliated with the Nederlandse Beroepsvereniging voor Kraamverzorgenden (NBvK) (Dutch Professional Association of Maternity Carers) supervise home births and provide support during the maternity period.

These two professional organisations recognise the home birth as part of the Dutch identity and culture, and they are committed to safeguarding this practice in a safe and responsible manner, in cooperation and coordination with midwifes’ and gynaecologists’ organisations. The aim is to prevent a natural process from being unnecessarily medicalised, and to interpret the medical and cultural values of home birth. Many midwives and maternity nurses experience their contribution to home birth and the postpartum period as a vocation.

Furthermore, women and their partners in the fertile phase of life who wish to have children are, of course, practitioners of this heritage when they consciously choose a home birth.

In the Middle Ages, midwives attended births at home on a 'birthing chair' or couch, and maternity care was provided by 'monthly nurses' who were often attached to old tried and tested methods.

In the seventeenth century, training in midwifery came into being; in 1865, the Thorbecke Act regulated that medicine and midwifery could only be practised by people who were trained for it. As in neighbouring countries, maternity clinics were set up in the Netherlands, but thanks to the well-trained and independent midwives, most women could still give birth at home in the Netherlands. At the beginning of the twentieth century a new course in maternity care was offered, which led to what is now the profession of maternity care.

With the establishment of the midwife's competences in Dutch law, the seeds were sown for a strongly independent position of midwives compared to other Western countries. The difference with the rest of the world was that midwives in the Netherlands were trained as independent medical professionals, while elsewhere they fell under the responsibility of doctors. The independent position of midwives goes hand in hand with a certain degree of freedom in supervising deliveries at home.

The combination of obstetrics with a period of maternity care at home is also unique to the Netherlands. Here, the midwives form an autonomous profession within birth care, from which the KNOV, among others, derives its right to exist. 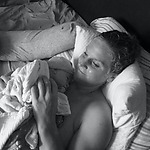 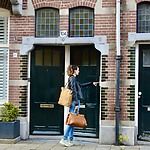 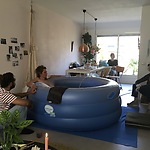 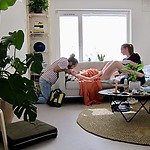 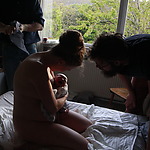 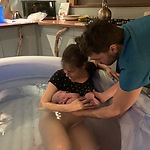 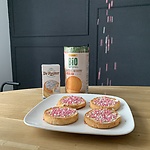 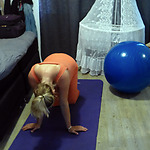 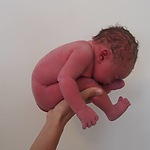