On Friday April 3, the Dutch Centre for Intangible Cultural Heritage (Kenniscentrum Immaterieel Erfgoed Nederland) put some questions online for the approximately 300 intangible cultural heritage communities, affiliated to the Network and the Inventory Intangible Cultural Heritage in the Netherlands. We wanted to make a survey of  the impact of the corona crisis for intangible cultural heritage sector in the Netherlands. Within three days we received 125 responses. For about 60% of the respondents the current restrictions due to the coronavirus have major consequences, for about 30% minor consequences and for only 10% there are no consequences as yet. One of the restrictions is for instance a total ban of events in the Netherlands until 1 September.

The 'major consequences' are mainly the postponement and or cancellation of most the ICH events. . It is safe to say that for many major ICH events 2020 is over. Whether it concerns the Easter bonfires in April , the Passion Play in Tegelen (which is organised once every five years and would start again on May 10 this year), the Summer Carnival Rotterdam at the end of July or all Flower and Fruit parades in late summer: they have all been cancelled and will run again in 2021. A number of ICH organisations are still living in uncertainty, but the applications for participation are decreasing by the day. Some of them are considering a performance later this year, in slimmed-down form.

The financial impact varies widely. Because most intangible cultural heritage concerns voluntary work, the 'personnel' consequences are limited. However, many organisations do outsource work (just think of the construction of the stands for parades) and there are certainly other blows to reckon with. The hospitality and tourism sector (hotels, restaurants and campsites) will also experience many consequences as a result of the cancellations of ICH events. A number of them attract tens of thousands of visitors each year.

On Tuesday April 7, the Dutch Centre for Intangible Cultural Heritagetook part in a sector consultation (Heritage, Archaeology and Museums) with Minister Ingrid van Engelshoven of the Ministry of Education, Culture and Science. She organized four such consultations in that week in order to get more insight in the impactthe corona crisis has had in the various parts of the cultural sector. We were able to give her information on the impact it has for the intangible cultural heritage sector. On behalf of the craftsmen, we asked her – in view of the broadening of TOGS-regulation – to take into account that many craftsmen workat home (and because of this do not qualify for the regulation). The Minister indicated that attention is now mainly focused on institutions/entrepreneurs who are meanwhile experiencing liquidity problems. All sectors are suffering damage; unfortunately, the government cannot compensate for all this damage. But a bridging and guarantee fund is being developed.

The Minister indicated that she had been in consultation with national funding agencies, such as the Cultural Participation Fund (with several subsidy schemes for intangible cultural heritage), and private funds like the Prince Bernhard Culture Fund. All these funds were asked to be lenient with subsidies granted for cultural activities that could not be continued as a result of the corona crisis. The various funds have indicated that they will follow this advise as much as possible. Especially now funding is indispensable for the cultural sector. ICH organisations that had to cancel or postpone their activities for which subsidies have been granted, can count on the understanding of the funds. 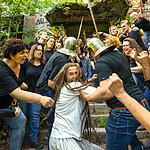 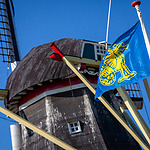