Maternity care focuses on providing care, support, and information to the mother, her partner and the child during delivery and during the first ten days after birth. The maternity nurse works independently at the client's home. During the delivery she works closely with the midwife. The practitioners are maternity assistants and everyone around them: planners, consultants, practical trainers etc. are involved in maternity care.

Maternity care in the Netherlands is unique in the world, this concept is not applied anywhere else. But where did it originate?

For centuries, maternity care was provided by dry-nurses. These were experienced and dedicated women trained in practice, often attached to old proven methods. The first courses for nurses were set up in 1900. It was not until 1923 that a committee was set up to supervise the new maternity care course to prevent wild swaddling. From 1950 onwards, the maternity assistants were trained from a boarding school, where the work was not always a joy, but it did lead to what the maternity care profession is now.

Bossy nurses (1870-1890)
In the 19th century, most women gave birth at home, accompanied by a midwife or doctor. After the birth, care for mother and child came into the hands of a nurse. They were mostly older women, well-groomed and wide in the hips, so that they could easily dress the baby on their lap. Quite negative stories are circulating about dry nurses. They would have been lazy, drunk and inattentive. Such nurses were of course there and they usually worked in poor families. But there were also good nurses, such as Trui Klein from Utrecht, who helped an excellent mother through childbirth. Doctor Ausems, who worked a lot with Trui, was very enthusiastic about her: application ". The latter in particular was very important for doctors and midwives. Because most nurses were stubborn and stuck to the old nurse's talk about health. The mortality rate among mothers and infants was therefore high during this period.

Rest, cleanliness and regularity (1890-1925)
At the end of the 19th century, a new wind through the Netherlands. Factories and companies were emerging and people went to the big cities in search of work. Medicine has also undergone enormous development. An important breakthrough was the discovery of the bacterium. Finally, doctors were able to diagnose the cause of all kinds of illnesses. It also became clear that it is life-saving if doctors wash their hands. With this new knowledge about hygiene, doctors started to fight the maternity fever and infant mortality. From that moment on, they complained rock and bone about the nurses, who usually could not read or write and had no idea of the latest developments in the field of hygiene and infant nutrition. That is why in 1899 the White Cross started training for nurses and the GroeneKruis also started to train nurses. The expectant mothers also received information. Once trained, the nurses received a uniform, a diploma and a pin. That of course gave a lot of status. Yet from 1920 the empire of the nurse began to falter. From that moment on, doctors also talked about a new type of nurse, the "maternity nurse". She had to replace the old-fashioned nurse and introduce the new hygienic principles of "peace, cleanliness and regularity" into the families.

From nurse to maternity nurse (1925-1950)
From the beginning of the 20th century the government became more involved with public health. A special committee designed the new training for maternity assistants, which started in 1926. The student attended theory and practical lessons for eighteen months, six of which in the clinic. The tasks that the current maternity nurse has in her package were already formulated in that first training for maternity assistants. The maternity nurse mainly had a signaling function and had to provide information. She assisted with childbirth, cared for mother and child and reported everything that deviated from normal childbirth. Maternity nurses were always answerable to the midwife, the doctor or the maternity nurse. After completing her education, she had to register at a so-called placement office, where she was registered as a job seeker and could count on regular work. Only after registration did she receive her badge. This construction was primarily intended to prevent qualified maternity nurses from offering themselves on a large scale to private individuals. This encouraged the so-called "wild swaddlng", whereby the government would lose control of maternity care again.

Between swabbing and worries, a dilemma
" Wild swaddling ”was a major problem in maternity care until 1950. The need for maternity care was great during this period. Many poor women could not resist the temptation and presented themselves as trained nurses without training. This was difficult to control, especially in the countryside, and for the sake of convenience many families sought refuge in the cheap nurse in the area. The pressure on maternity training was high, because there were far too few training places. Especially when the nurse training definitively stopped in 1943, that put extra pressure on the training for maternity nurse. That training also had to deal with shortages in the practical part. Because where did all those new maternity assistants have to gain experience and who should guide them in this? There was still little unity between the different courses. Finally, the new maternity course had to deal with a problem that would continue to haunt her to this day. This is because the work of the maternity nurse moves between mops and worries. On the one hand the maternity assistant had to take care of the maternity fold and on the other hand she was called in for all kinds of household chores. Especially between 1930 and 1950 there was a blatant shortage of maids in bourgeois families. Some went to see the maternity nurse as a temporary solution to this problem.

In the boarding school: Laughing, howling vultures (1950-1998)
From 1950, maternity assistants were in boarding schools educated, where they received three months of continuous theoretical education. Then they went into practice for twelve months, under the guidance of a teacher. The idea behind this system was that the girls could be prepared for their work in a quiet environment. Group life promoted social skills while at the same time keeping the group under control. In exchange for their training, the maternity assistants were given board and lodging and spending money. In 1960, for example, that was one hundred guilders per month. The boarding school period was experienced by most maternity assistants as a fun time, where they had a lot of fun among each other as girls. In the new training, much attention was paid to the pathology course, which should enable the maternity nurse to better recognize abnormalities in childbirth. Her signaling function to general practitioner and midwife was given an extra dimension and her responsibility also increased considerably. Moreover, the study program devoted more attention to home economics as a subject. In practice, this enabled maternity nurses to say more consciously to instructed household chores. These were important changes for vocational training. When the theoretical instruction was over, the student did an internship in the family. The work of the maternity carer consisted of taking care of mother and child and keeping the household running. With the arrival of appliances such as washing machines and vacuum cleaners, domestic work was considerably illuminated. The maternity nurse was able to spend more and more time on contacts with mother and child and on giving information and instruction. Concepts such as cleanliness, tranquility and regularity still had to be put into practice, with the maternity center manager having a controlling task. Here the maternity nurse was also able to show that she had learned to work tactfully, patiently and flexibly. During the practical period, the students regularly returned to the boarding school to discuss the work. A report had to be made of every family where they were maternity and the maternity assistant had to have had 22 births in total. The boarding school was improved several times over the years, such as the 1971 revision.

Although the working conditions in maternity care and the training had greatly improved since 1950, the profession still worried with a negative image . For example, the maternity assistant was always dependent on the midwife, maternity nurse or the maternity center manager. The maternity nurse apprentice, like the nurse in the internal training, was also always dependent on her employer. After all, she was a student and employee at the same time. In the event of problems, she was always at the short end. If she had failed a certain part, she no longer had to report to another boarding school to continue her education. An advantage of this construction was that the student always had work after the diploma through the maternity center to which she was affiliated. People were still afraid that if they were not connected to a center, the maternity assistants would "go wild" uncontrollably. After 1976, however, the maternity nurse was free to work with whom she wanted.

A profession with a future
With the disappearance of the various cross associations, the basis for the boarding courses expired. The last boarding school, the Cuurmand in Noordwijk, closed its doors in 1988. In the meantime the training for maternity assistants in 1983 has received a new impulse. When the old training structure was canceled, the training was given a more modern approach, in which the maternity nurse is less dependent on her employer. Yet the question is whether this innovation has led to a more self-aware professional group. After all, the maternity nurse profession is still undervalued. It sometimes seems as if only those who benefit directly from maternity care, that is to say the families, appreciate the work of the maternity nurse. Because the salary does not reflect that valuation. Irregular services, isolated work and changing work situations are still not being properly rewarded. Moreover, they are poorly organized, just like other groups of carers. Initiatives from the profession itself therefore have difficulty getting started, while home births are coming under increasing pressure due to social changes. In this debate, the profession, just like midwives do, will have to make a sound and not wait and wait in the background. And that happens more and more nowadays. Recently, many new initiatives have been taken, such as the national day for maternity care (which is becoming a high point in maternity care), the professional organization STING (where maternity assistants are on the board), professional professional journals (about practical and substantive matters about working in maternity care are discussed). Also at the NBvK, Dutch Association of Maternity Carers, every effort is made to stand up for this undervalued group. Here maternity nurses make their voices heard and they themselves come up with ideas and suggestions about substantive improvements to their profession. The maternity assistant's profession is in full development. And that is exactly what is needed to maintain the unique profession of maternity nurse for Dutch home birth. 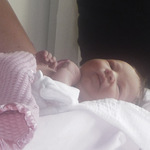