Bouncing balls is one of the oldest ball sports still practiced. The Frisian game of handball is played between two teams of three players each, the 'parturen'. Handball is most popular in the Frisian clay areas around Leeuwarden-Franeker-Harlingen.

In contrast to traditional bowling, lane-keets are simply played on the street instead of on the grass. It is a low-threshold event that is freely accessible to everyone. In recent years, lane skating has been a regular part of the “Harlinger Feestweek”. The event is financially made possible by sponsorship from the business community and middle class of Harlingen and the surrounding area and by the more than 200 "friends of the lanekaatsen".

How street bouncing on the Lanes started.

As early as the 1930s, young people used to bounce the soft ball on the Lanen- en Ossenmarkt in Harlingen. This was mainly at the initiative of the Pais family from the Jewish community, who had a greengrocer's shop on Kleine Breedeplaats and made prizes available in the form of fruit and peanuts.

In 1950 it was the then neighborhood committee that restored this handball game. They had the time with them, because after the five years of occupation, they were ready for some fun and the television was not yet the major spoilsport. There were two classes, namely from 12 to 17 years and 18 years and older. The deposit was 25 cents. The preliminary rounds were moved on Monday and Tuesday and the finals on Wednesday . The starting time was 7:00 PM and the game continued until it was dark. In that first edition, 15 teams registered for the youngest group and 33 for the oldest group (a total of 133 handball players), so that the reserve evenings had to be used. As the king's prize (for the best player in the team), two cups were available, namely the Dirk van Drooge cup and the Levie Pais cup, names of people from this former neighborhood life. The Harlinger Courant wrote after this first edition of the Lanenkaasten; “A folk festival in the truest sense of the word, full of excitement and humor; Thousands of spectators sympathized with the young and older handball players, who tested their strengths there on the Lanes. There was bouncing with a hollow rubber ball, five beds on the Lanes and one on the Ossenmarkt, neatly laid out with lime on the paving stones. The winners received wreaths, medals and many other items and had their picture taken. This photo collection is an interesting possession and shows almost all prominent figures from the sports world of Harlingen and the surrounding area. Every year this unique collection of photos is displayed in a prominent place on the Lanen.

After almost 75 years, Lanenkaatsen is still very much alive. There is still bouncing in 6 squares on the Lanen and the small Ossenmarkt, usually in the week of June 21, because that is when the daylight can be enjoyed the longest. Where in 1950 there were only two groups, there are now 7 groups active; boys, girls, ladies and gentlemen of all ages. The teams in each category are drawn by lottery. In the early years, the participation mainly consisted of Harlingers, now between 300 and 350 participants participate annually, who not only come from Harlingen, but from many villages and towns from Friesland and beyond. The charm of bouncing on the Lanen lies in the fact that the public, participants and volunteers form one whole. Afterwards, the winners will be honored on the balcony of the “Harmonie”, an old building on the avenues. On the website you can find a lot of information about participations, special bouncers, photos and stories, and rankings are also kept of the most points, most victories and most participations. A few years ago, the “De Levi Pais prize” was created and is awarded annually to a person who has committed himself in one way or another in a special way to Lane skating, but in the philosophy of the Pais family. The prize was made available by the Oud Harlingen Foundation. On the Lanen hangs a plaque with the names and a photo of the shop of the Pais family in the past.

Lane skating is an integral part of the Harlinger community. Things are still going as they were in the early years. The unique rules of the game have hardly changed. The finalists bounce with Sjerpen. People still react with a good dose of humor in and along the flower beds, especially in the "Harlinger regional language" and full of "Harlinger Humor". The organization has become a lot more professional over the years, but traditions are kept alive. In short; Lane skating is for everyone, it is sport and culture, for young and old, for all walks of life, for people from near and far. Lane skating is excitement, it is fun, it is humor, it is fun, it is connectedness, it is togetherness, it is enjoyment, it is an event to look forward to.

Added to network since: March 2022 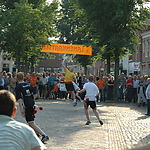 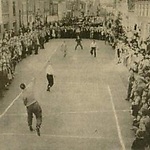 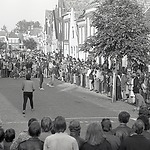 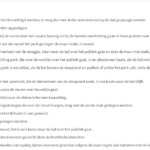