The Start of an International Network

Report of the International Conference on the Craft of the Miller

The Dutch Centre for Intangible Cultural Heritage was co-organizer of an international conference on The Craft of the Miller' on 4 November 2020. The purpose of the conference was to set up an international network for knowledge exchange. Due to corona, it was a webinar and not a physical conference, as was previously the plan. It had the advantage that many countries could join virtually. There were more than 200 participants from 40 different countries.

Welcome by the minister

In her welcome speech, Minister Van Engelshoven underlined the importance of international cooperation, the "share of know-how and skills". That is precisely the purpose of the UNESCO Convention for the Safeguarding of the Intangible Cultural Heritage. In addition to the intangible heritage aspect, she also mentioned the great importance that the mills have always had as a form of sustainable energy generation - and that for many centuries. It is a topical subject. The polder mills in the Dutch landscape still function as a backstop if the water levels rise too quickly.

In the film about 'The Craft of the Miller', which accompanied the Dutch nomination for the international UNESCO list at the time, an overview is given of how the Craft of the Miller is organized in the Netherlands. The Netherlands has about 1,200 wind and water mills, most of which are kept running by about 1,500 volunteer millers. In addition, there are another forty professional (grain) millers. The artisanal bread they make is very much in vogue again.

The Guilds of Voluntary Millers organize courses for the training of new millers. The national and regional mill days attract many visitors.

Situation in other countries

The situation in other countries was highlighted in presentations by Alain Goublomme (on Flanders), Jonathan Cook (on England), Antoine Gauthier and Mardjane Amin (on French-speaking Canada) and Filip Tomaszewski (Poland).

The situation in Flanders is most similar to that in the Netherlands, with approximately 150 operational watermills and 120 windmills and two umbrella organizations for voluntary and professional millers. There is an exchange, but the training to become a miller is not so well organized as in the Netherlands. The Craft of Miller has recently been added to the Flemish Inventory of Intangible Heritage, and the Flemish millers would like to see Belgium join the Dutch UNESCO nomination.

England, said professional miller Jonathan Cook, who himself operates a mill built in 1957, has some 450 watermills and 120 windmills, of which some 30 are still operational, operated by some 30-50 millers. He called the greatest challenge for England primarily a financial one: funds for the restoration and repair of mills are seriously inadequate. There is a traditional Corn millers Guild, founded in 1987, with some 35 members. There are basic training courses for aspiring millers and there is cooperation with the Dutch miller's organizations.

Antoine Gauthier, director of the French-speaking Conseil québécois du patrimoine vivant, reported on a survey his organization recently conducted among millers and miller's organizations in French-speaking Canada. Remarkable is the relatively low number of mills, it concerns only eight still working mills, mostly water mills, operated by about ten millers, most of them 50+.

In such a 'small' craft, the role of intermediary intangible heritage organizations is of great importance. Organizations such as Gauthier's conduct research, map out the situation and identify opportunities and challenges. The biggest concern in Quebec is how to get more people interested in the miller's craft.

Finally, Filip Tomaszewksi highlighted the situation in Poland. Tomaszweski mainly focused on the material side of the miller's craft, as an architect he is involved in the restoration of traditional mills. Restoration is a major challenge in Poland: many mills are in a bad state of repair. Remarkable is the role of the open-air museums in Poland he mentioned, where some 65 traditional windmills are preserved in their old state. Perhaps there is a parallel here with the Netherlands, which, with the Netherlands Open Air Museum, can boast the highest concentration of different windmill types in the Netherlands.

The poll during the conference showed that most participants attach great value to deepening and intensifying international contact. One of the advantages mentioned is that international cooperation, and being placed on an international UNESO list, can help you lobby in your own country.

It is the intention of the Netherlands to organize a follow-up conference at the beginning of next year. Then the German millers will take over.

If you want to listen to the lectures again, you can visit the following link: https://www.youtube.com/watch?v=0Hv0Qth_6kA&feature=youtu.be

For more information about the international network for millers to be developed, see: https://network.molens.nl/ 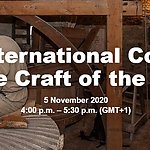 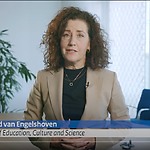