Because of the restrictions due to the coronavirus, all group events are banned in spring 2020. The need for the unifying power of living traditions is evident from the vitality with which new forms are being sought, especially now.

Customs and rituals help to give meaning and direction to our human existence. Throughout the world important events are accompanied and underlined by rituals. For example weddings, funerals and other traditions that belong to essential and vulnerable moments in our lives. The seasons and the associated activities were – and still are - connected with rituals (such as spring festivals and harvest festivals). All these customs and rituals have been shaped by the changing social fabric and passed on through time, and are part of our immaterial cultural heritage. They connect generations, but their main strength is that they connect us as a community, in the present, in one place. Now that we – under the threat of a dangerous virus – have been thrown back into a small circle, and are in a state of great uncertainty, the need for that connection is even stronger. However, almost all forms of immaterial cultural heritage in public space have been cancelled: there are no processions, no Easter bonfires, no horse races, no parades, no local holidays or a larger wedding party. What now? Does this demolition create space to develop 'something' new? New ritual forms that appeal to the sense of community and provide support? This does indeed seem to be happening, mainly – but not exclusively – in digital space.

What can be done under these circumstances? There is a lot of experimentation with new possibilities, where there is no option but exchanging the physical space for a digital stage. For example, church services are frequently streamed, so that people can watch them at home. They are, it seems, well 'visited'. Touching detail: a priest in Giussano, a small town in Lombardy that has been severely affected by corona, became so saddened by performing mass in an empty church, that he came up with an idea.He asked his parishioners to send a selfie, and with this he covered his pews. Meanwhile his idea has been followed in many churches. In other villages (like the German town of Billerbeck) there is no streaming, but the churchbells are rung extra to mark the moments of prayer, so that the parishioners can be there in spirit.

In China, too, people fled into digital space during the forced isolation, especially in order to continue practicing the beloved karaoke. Sessions were broadcasted on the television in which well-known singers sang live, and people could send in online requests from home, each singing along from their own isolation. The experience of such a session, under these circumstances, rises above an 'ordinary' karaoke performance.

What does it mean for the practitioners to experience their heritage digitally instead of physically? Martin Hoondert, affiliated with the University of Tilburg, investigates the effect of rituals in times of disaster. He notices how in recent times more and more digital communities are emerging, labeled by him as 'light communities', as a counterpart to the close communities that are created by physical gatherings and intense, shared experiences, as is customary with intangible cultural heritage. As an example he describes how people, from their own homes, go to the webcam of the Lourdes Grotto. Through their computer they watch people lighting candles, but they also pray and sing along at home and light a candle there too. In this way they do experience a community. The experience, according to Hoondert, is not the same, but it is valuable.

But also outside the digital world new forms or adaptations arise. Funerals can only proceed in a small circle at the moment. In order to still be involved, friends and neighbours hang the flag at half mast, as if it were an official event. In other cases, guards of honour were erected along the route of the hearse, as was customary in many places in the past.

The St. Matthew Passion (which has been included in the Network of Intangible Cultural Heritage since 2019) will not be performed in its usual form this year either. Attending it was, for many Dutch, an annual ritual of reflection, and a family tradition. In the Spijkerkwartier district in Arnhem an alternative was offered. During a small street concert, a singer sang excerpts from the 'Matthew': you could listen from your balcony or behind your open window. Besides, it became known that the spectacle event The Passion live cannot take place, but will have a digital version, with a virtual procession and submitted video messages.

In a sense, the above examples are inevitable adaptations. In addition, as a direct reaction to the crisis, new customs seem to be emerging. Also in the public space. A kind of street noise started in Italy, where since the beginning of the quarantine a few weeks ago at 6 o'clock in the evening music is made and Italian songs are sung together, to express 'we are still there', 'we are together'.

When the schools in the Netherlands were closed also, a cheerful initiative was started via Facebook, by organising a 'bear hunt' for schoolchildren who were obliged to stay home. Everyone was called upon to put a toy bear in front of the window to help parents to let their petulant offspring make an exciting voyage of discovery in the neighbourhood.

Following in the footsteps of Italy and Spain, care providers in the Netherlands were subsequently honoured with a loud applause. On Tuesday evening, March 17, at 8 o'clock, we clapped for minutes from the front door or the balcony for the unprecedented heavy task facing them every day. The videos of this were again massively shared via social media. In Belgium, and also in some Dutch cities, white sheets and T-shirts, sometimes painted with red hearts, were hung on the street as a tribute to all doctors and nurses. At various initiatives, until the end of April every Wednesday, between 7 and 7.45 PM, several churches ring the bells in support of all those affected by the coronavirus. This kind of new ritual and custom not only strengthens the people for whom it is intended – the school children and their parents, the caregivers – but also the participants. In doing so, we underline an essential value ('we help each other, we honour the care') and feel like a community again for a while. In 'dragon village' Beesel the dragon flags were hung out to encourage everyone who has been affected by the coronavirus. Stichting Draaksteken (Dragon Stabbing Foundation): ‘According to the deep-rooted tradition of the dragon stabbing, we trust that good always overcomes evil (the dragon). Now, as humanity, we have to fight another evil that threatens us: the corona virus.’ What new forms will be added?  What rituals will stand? Are we going to continue the clapping for care, or the commemoration of the victims with ringing bells, after the crisis is over? Will this become permanent intangible cultural heritage, valuable for future generations?

There are examples of commemorative rituals that are still performed centuries after a disaster was averted. For example, the inhabitants of Noorbeek in Limburg still plant a pine tree every year in front of the chapel of St Brigid, as a token of gratefulness for driving out rinderpest in 1634 (see ‘St. Brigid pine fetching' in the Inventory Intangible Cultural Heritage in the Netherlands). Closer is the commemoration of victims of World War II on May 4 (see ‘May 4 and 5' in the Inventory Intangible Cultural Heritage in the Netherlands). The ceremony on the Dam Square – the laying of the wreath by the king and queen, the national anthem, the 2 minutes of silence – can only be experienced digitally this year. In order to involve people as much as possible in the commemoration, Gerdi Verbeet, chairwoman of the committee May 4 & 5, hopes for new initiatives ‘to create that same feeling of connection’. One of these initiatives has already been distributed: the call to trumpeters to play the well-known Taptoe signal – which always precedes the 2 minutes of silence – everywhere, on the street, in front of hospitals, from church towers. In this way we take the commemoration to our homes, now that we cannot go ourselves. Especially now, as it is becoming clear, there is a great need for this connection.

What is a ritual? Generally speaking, a ritual is characterized by a fixed pattern of successive actions, which take on a symbolic dimension (e.g. through the use of specific objects).  On the one hand, individuals and groups express their identity and shared (and sometimes controversial) ideas in rituals. On the other hand, rituals influence the ideas and identity of the participants. A ritual marks what is important. And it works: for some in the religious field, but for all in the social field. By experiencing an event together, with more or less ritualistic aspects, we feel connected and strengthened. It is therefore not surprising that it is precisely in times of need that new rituals arise. Nowadays we easily stick the term ritual on different behavioural patterns. We talk about 'morning rituals' (getting up, gymnastics, brushing our teeth, shaving etc.), but these are actually more like habits. A ritual elevates us above the daily routine. Rituals form a kind of sliding scale from ritualizing behaviour on the one hand, to culturally recognized rituals on the other hand. Ritualistic characteristics can be found in many Intangible Cultural Heritage. 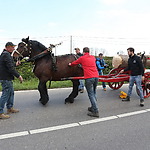 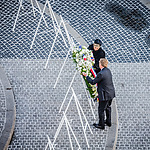