Post-war generation talks about WW2 and other genocides

Giving guest lessons on WW2 and other genocides. Telling stories is of all times, that also applies to telling personal stories that have to do with events about WW2 and, for example, the Holocaust. The stories are often told in the family, but also in schools and public commemorations. These subjects are also dealt with annually in the teaching methods in primary and secondary schools. Inviting a guest speaker has a tradition that has been taking place since the 1970s and is now being adopted by the second and third generations.

Those involved are Dutch with a story of their family, born between 1946 and 2000. This concerns the second, third and fourth generation. The post-war foundation trains the post-war generation of guest speakers to tell their personal stories in schools and public gatherings with subjects like WW2 and other genocides. Topics include the Holocaust, resistance, forced labor, hiding, Dutch collaborators, the police actions in the aftermath of the Dutch East Indies and the UN peacekeeping operations .

Telling your personal story about WW2 is also closely related to commemorations. The first memorial was held on 4 May 1946. In the first instance, only the Dutch soldiers and resistance fighters who died in the Second World War were commemorated. The initiative for this was taken by Jan Drop (1907-1993) from The Hague, whose father and brother were killed in the war. Drop and his wife Gré helped Jews in hiding and received the Yad Vashem award for this. The definitions of who had to be honored were shocked. In 1961 the official memorandum for May 4 was adjusted, which also commemorated the fallen on the Dutch side during other military conflicts, such as the police actions after the Dutch-Indies and UN peacekeeping operations in Lebanon, Bosnia and Afghanistan, for example.

Eventually, all Dutch people who were killed from the Second World War by war acts or UN peacekeeping missions were commemorated, both inside and outside the Netherlands. From 1981, the commemoration is also directed against 'racism and intolerance'. The fact that all victims must have had Dutch nationality was not officially established until 2015.

Added to network since: September 2021 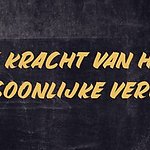