Grolse wanten (Groll mittens) have an eight-pointed star in blue and white. Some say that the stars represent the bastions and ravelins of the old fortress called Groll. The original pattern of the Groll mitten has never been documented; it was passed on from mother to daughter. This caused small differences, as the knitters added their own elements or made adjustments. The mittens are knitted by hand, from pure wool. The knitting technique is special: in order not to tangle the yarns and take them along evenly, the knitting is done on two hands. The blue thread is held on the one forefinger, the white one on the other. The yarn on the right forefinger is wrapped in the usual way, but the left hand is, as it were, hooked through the stitches. The mittens are knitted in a circle, with four or five needles number 10. They are also known as Grolse hansken, scheepershansken or voeshansken (fist gloves).

The Sociëteit Grolse Wanten (Groll Mittens Society) consists of 17 male members, who organise everything around the mittens. Six female knitters are associated with the Society. There are around forty members of the craft club who knit, mostly elderly ladies. Besides, there are the wool suppliers and the people who wear the mittens in and outside Groenlo.

According to tradition the Groll mittens already date back to the period of Prince Frederick Henry (1627). It is not known how they finally ended up in Groenlo. What is certain, however, is that in the second half of the nineteenth century they were knitted by shepherds while herding their sheep (hence the name ‘scheepershansken’, meaning ‘shepherds gloves’). Through the shepherds, knitting was taken over by women, who knitted at home for additional income. They passed the technique and the patterns on to their daughters. The Heimans company owned an actual Groll mittens factory at the beginning of the last century. The knitting was, however, generally done by women who spent all their spare time on this, despite the minimal earnings. In the fifties the price of a pair of mittens was about f 1.50 (around 73 pence). Knitting one mitten took three to four hours. In the past ten years more articles related to Groll mittens have been introduced. The pattern inspires people to use it for other applications. 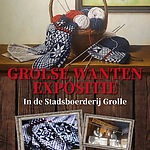 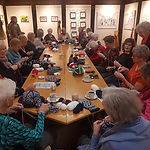 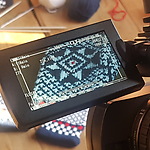 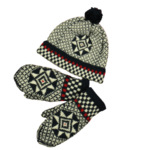 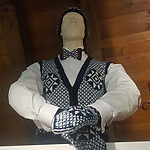 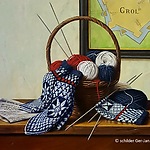 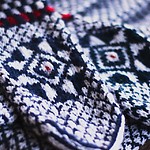