On the last Saturday of August the Giethoorn Gondola Parade takes place. It usually starts with a supporting musical programme, after which an average of 15 gondolas sail along the route. It starts as soon as dusk falls, so that the applied illumination can be fully appreciated.

Prior to the competition gondolas, the youth gondola parade sails. A precondition to participate is that the builders are no older than 15 years.

The gondolas are being built at various building sites throughout the summer. Some gondolas are built on a raft or a bok, a traditional Giethoorn vessel; others are placed on floats to make it seem that they are floating on the water. The gondolas are propelled by means of punter poles or electric engines (so without sound). On account of the course, the gondolas are up to a maximum 2.7 metres wide, with a length that varies from four to twelve metres. The length of the course is more than 3 kilometres, of which the many bridges that the gondolas pass underneath form an important element. These bridges require much creativity from the builders. The gondolas cannot be too high and as the public can look into the gondolas, the builders have to thoroughly cover up everything on board.

The design choice is free, but the lighting plays a key role in every gondola. Some gondolas use extras and music, others are ‘silent’, meaning that they have no music or extras.

A jury evaluates the gondolas, which may be given points for, among other things, illumination, finishing and creativity. The jury results are presented right after the gondola parade, after which the winning building group receives a challenge trophy during a party night on the last Saturday of September.

The Gondola Parade is organised by the Vereniging Gondelvaart Giethoorn (Giethoorn Gondola Parade Association), assisted by more than a hundred volunteers. Every year an average of eight building groups take part, each of up to ten persons. Meanwhile an average of five groups are involved in the youth gondola parade, consisting of two youngsters, helped by their parents.

The Gondola Parade of Giethoorn is a local event and it originates from the beginning of the twentieth century. The first chronicled stories show a modest parade, for which the costumed children from Giethoorn were sailed to school in decorated boats on the first school day. After the canals had been dredged in 1929, a year later a gondola parade was held, on which the current parade is based. A contest was organised in which various neighbourhoods took part, with decorated and illuminated vessels. To annually carry out the gondola parade, an association has been established afterwards, the board of which has the task to organise a gondola parade that must appeal to the neighbouring municipalities as well as the own inhabitants. In the eighties the youth gondola parade was introduced as a way to involve the youth in the gondola parade.

Originally the gondola parade marked the beginning of the school year. Later on it became a feast that closed off the tourist season. In the meantime the season has been prolonged and other events after the Gondola Parade have been introduced in Giethoorn.

Added to inventory since: August 2018 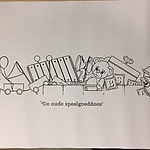 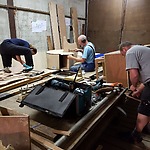 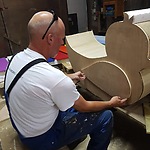 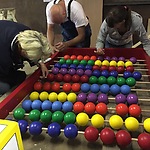 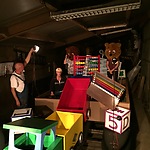 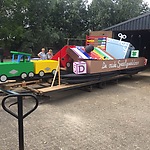 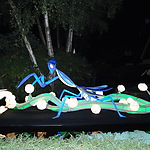