The tradition of telling Anansi stories is vividly alive in the Caribbean area and in West-Africa. Through Suriname and the Antilles, the spider Anansi became known in the Netherlands. The stories are in fact not about a spider, but about man in general. Anansi is a strong, archetypical figure, able to take on many roles. There are big differences within the storytelling tradition. He may be very selfish, for instance, a clever scoundrel, lazy, courageous, naughty, but honest as well. He combines good and evil and moreover, has a link with the divine, as he can travel from earth to heaven with a spun thread. The stories are not fixed. Any moment a new one can come about. The synergy with other cultural expressions (like music, theatre and television) feeds new stories. There are more or less fixed characters around the spider, like his wife Akuba and his opponent Tigri (tiger). The Dutchification entailed that the black side of Anansi was more or less flattened. He became more like a sympathetic rascal. By placing the Anansi tree in the Dutch Open Air Museum, where storytellers with an Afro-Caribbean background bring Anansi to life, he gets the chance to show his original character. It does fit in the tradition that the spider takes the ‘colour’ of the environment in which the stories are told. Anansi stories are told in the domestic sphere, although in the Netherlands they are mostly used in a written form. In the regions from which Anansi originates, these stories are told at funerals, birthdays, at schools or in the theatre. Although the stories are nice to read, they are at their best when told.

The Anansi storytelling tradition is everyone’s, but primarily from people with an Afro-Caribbean background. Wijnand Stomp, storyteller, and Jean Hellwig, documentary maker, producer and anthropologist, nominated the tradition for the inventory. They also took the initiative for the Anansi tree in the Open Air Museum. The nomination was supported by storytellers from the Caribbean are, Suriname and Ghana. Children can tremendously enjoy the stories, with often a lot of humour in them.

The Anansi stories evolved in West-Africa, with the Akan people. In their language anansi is the word for spider. The origin of this oral tradition cannot be determined. It is certain, however, that the stories already existed at the beginning of the intercontinental slave trade in the seventeenth century. Through the slave transports the tradition spread from West-Africa to the Caribbean area and to North- and South-America. Initially Anansi was a deity, a creator. With a long, spun thread he entered the earth and subsequently became more and more human. Over time his character changed into a sort of trickster figure, a funny distorting mirror for the audience. Telling stories was immensely important with slaves, who were often not allowed to sing or dance. Through black nannies Anansi entered the white families. With the arrival of people from Suriname, Ghana and the Antilles, after World War II, Anansi came to the Netherlands. Many (children’s) books were issued on Anansi and the Dutch educational TV made a school television broadcast about him. After this the interest dwindled again, but meanwhile Anansi had become part of the Dutch culture. At many primary schools Anansi stories are told. Nowadays Anansi is also a contemporary figure, who can easily travel by Boeing 747 or have a smartphone. He also takes an integration course at the Albert Cuypmarket in Amsterdam, thus showing how dynamic this oral tradition is.

Added to inventory since: October 2016 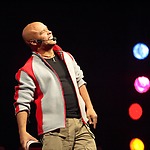 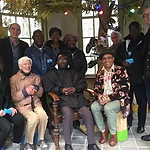 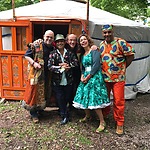 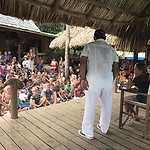 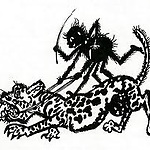 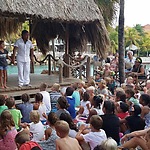